How to find out the meaning of hand-written japanese?

Here are the characters that I'm looking for the meanings. I fed Google Image with one of the characters, but non of the results was relative. 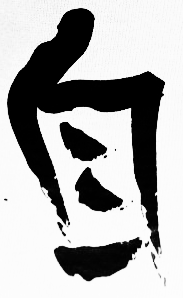 Beside, I used Jisho.org project, and the results were not matching.

May you translate these characters or give me some help to find out them?

If you are using Windows, you can draw the characters in the IME Pad.

It is also possible to find an electronic dictionary that supports drawing input, or Nintendo DS games or dictionaries that allow this same feature.

The software allows for the input of kanji symbols via the stylus, and for the lookup of words in English, as well as the two Japanese alphabets (hiragana and katakana), and also provides pronunciation.

Another option (that I just found by googling) is to use an online service that allows input by drawing. One such example is kanji.sljfaq.org

As for the specific kanji in your image; they are 陸上自衛隊{りくじょうじえいたい}.

Not the answer you're looking for? Browse other questions tagged handwriting writing-identification or ask your own question.