What would be the specific name of this type of bowl? 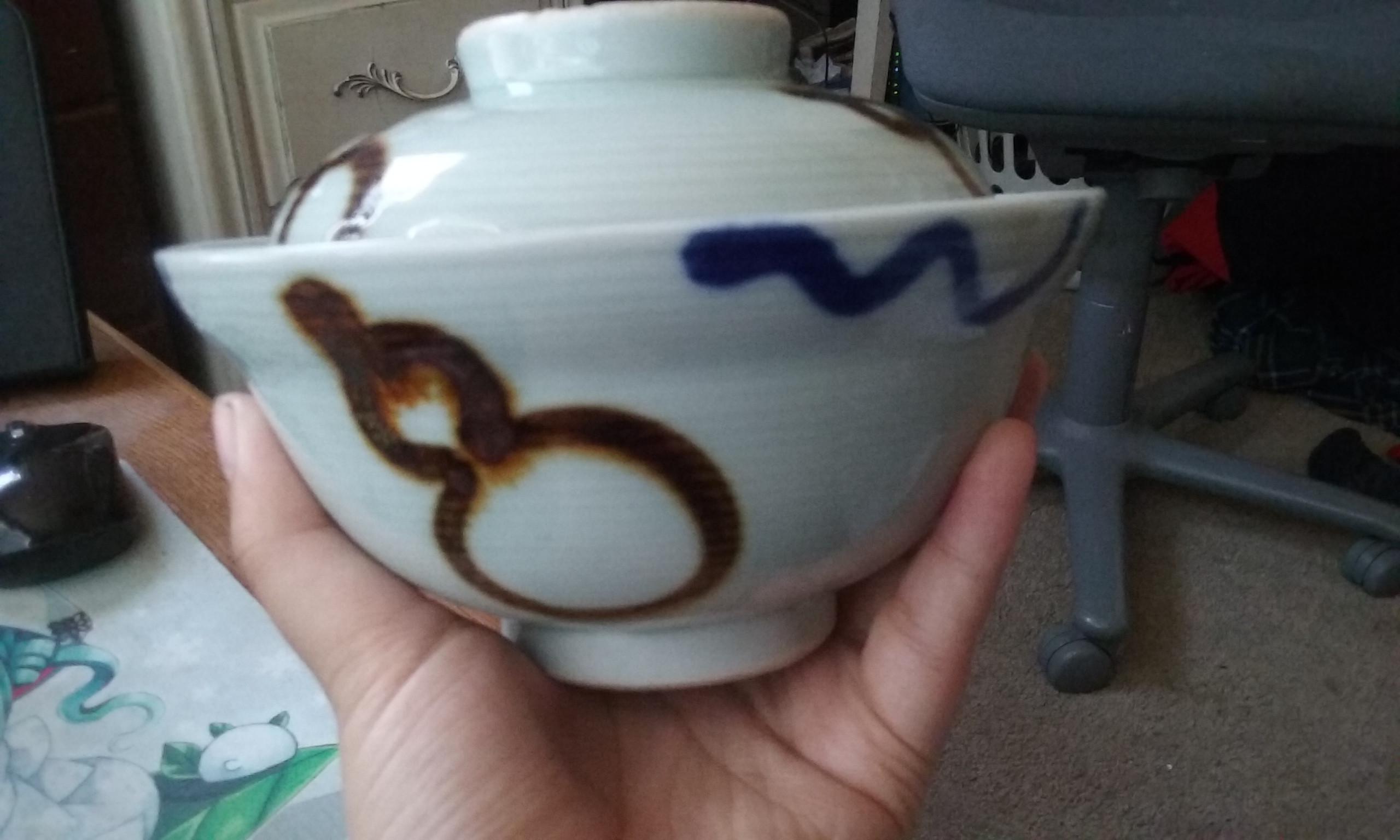 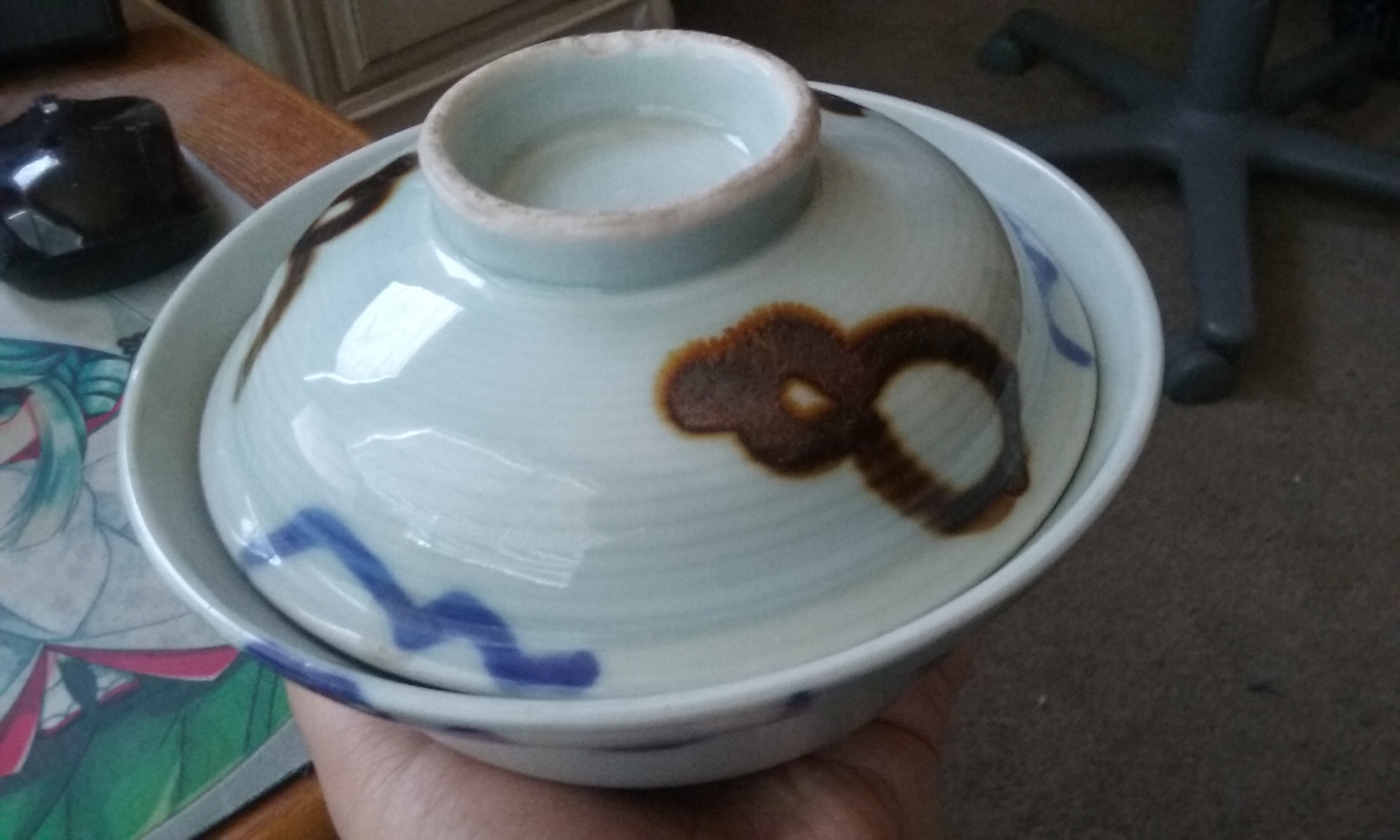 The closest thing that I can find is Donburi? but that seems more like types of food not bowls. 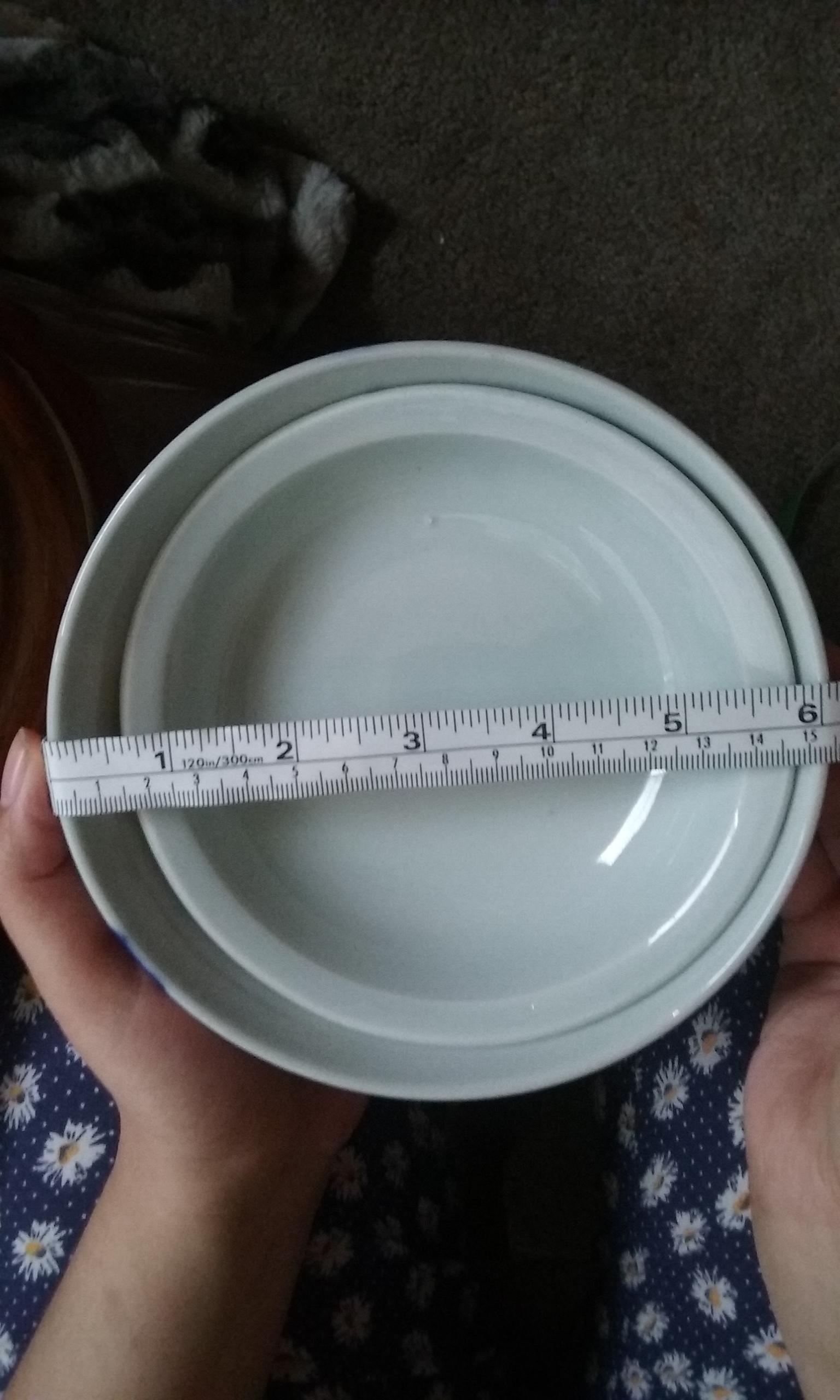 I think this is a chawan (茶碗【ちゃわん】) rather than a donburi, because it's small. A typical chawan in my home is about 12 cm in diameter, and a donburi is about 18 cm or larger. Chawan literally means "tea bowl", but it's usually used for serving cooked rice (See this).

A typical and cheap chawan doesn't have a lid, but some do. If you want to be specific, you can also say 蓋【ふた】付【つ】き茶碗 (futa-tsuki chawan, "chawan with a lid").

Alternatively you can use a more generic term, お椀 (owan, "bowl").

EDIT: A bowl of 15 cm can be called a 丼, and the name would partly depend on how this is intended to be used.

I think your guess of donburi is correct. The first sense line under 丼{どんぶり} in Shogakukan's 国語大辞典:

The food sense is the last sense given for this term:

I think naruto is probably right: this may be a 茶碗{ちゃわん} instead. I hadn't considered the scale, and I don't think I've ever seen an earthenware chawan with an earthenware lid before. But given the size, this would be small for a 丼{どんぶり}.

At 15cm, this could be a smaller 丼{どんぶり}. And regarding the term 丼{どんぶり} itself, this can refer to both the bowl and the foods traditionally served in this kind of bowl. The food is more specifically referred to as 丼{どんぶり}物{もの}.

Not the answer you're looking for? Browse other questions tagged food or ask your own question.

1
What is the difference between 「どんぶり」and「ちゃわん」

9
What is the difference between "meshi" and "don" for the food sometimes translated as "rice bowl" in English?
9
Are the names of some food items written in katakana?
3
Fast Food Conversation - Any Practical Guides?
6
Why is coffee with shochu or awamori called コーヒー割{わ}り "split / divided coffee"?
6
Is there a Japanese word for "area with a collection of izakaya stalls or booths"?
2
Does 大さじ always mean 1 Tablespoon, even for tea?
5
Japanese wheel mortar
3
How to say "lacquer" when talking about food?
13
How would you translate this? バタコチーズライス
2
Is there a Kanji for the Japanese word イクラ as in salmon roe?