Confused about the meaning of these nicknames

I was reading manga the other day and came across these nicknames that I can't make sense of.

The context is as follows: Some mischievous students in a certain high school are bragging about their past. It's a contest to see who is the baddest of the bunch. But one of these students is diligent, and so, they are picking on him.

As I understand it, this is describing someone who sends people to the hospital, but I have no idea what the 三中の is referring to. The same goes for the second one.

Some other nicks that I have trouble understanding are

「[三中]{さんちゅう}」 is a nickname for a junior high school that is officially named 「〇〇第三中学校」. The 〇〇 part is usually a town or area name. Many public schools in Japan are named using ordinal numbers like that.

So, it is like saying "(area name) 3rd Junior High School" 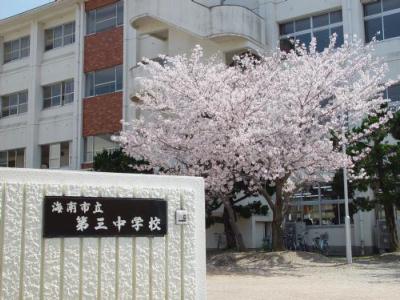 NOTE: Contrary to what has been stated by another user in his/her answer, 「三中」 has nothing to do with 「中三」. The latter means "the third year in junior high school".

「[不戦勝]{ふせんしょう}」means "a win by default". 「マサ」 is a common nickname for guys whose full given names include 「まさ」.

不戦勝のマサ must be so strong that he never actually gets to fight because the other guys always run away at the sight of him. However you translate that is up to you as long as you know what it means. The 「の」 here is appositional.

The second 「ツ」 would have to be the small 「ッ」. It would make no sense otherwise.

In real life, it is shortened to 「パシリ」 much more often.

You can see the definition to the word 三中 in weblio. The third bullet point reads "common abbreviation for third middle school across all country". (edited. check the comments below for reason)

For 不戦勝のマサ, I found the following line in the manga's wiki:

"Because of my tough appearance, no one picked a fight with me, even now I've never got into a fight and I don't even know my true fighting power. Because of that, in middle school I was called 不戦勝のマサ."

It seems マサ is the name of the character, so it's "マサ who wins without fighting".

11
Rare/Obsolete verb forms
3
Can this sentence 他人のフリ be translated like this?
8
Meaning of "愛の響き合い" and "繋ぎ合わせる" in a tricky phrase
2
Confused about そうでおられます
1
The meaning of 一本 in these lyrics
0
Meaning of 人同士 in these sentences
4
What is a good way to translate ではある?
1
Can you help me understand the first part of the following sentence?
2
When to use に vs から with もらう (and other similar verbs)?