In the book 数学ガール ガロア理論, the phrase くびきを共にする, which I would infer means something like "to yoke together", appears repeatedly as a metaphor for phenomena where a number of elements are related.

Some google hits for the phrase can be found in a religious context (e.g. イエス様とくびきを共にする "Be joined to Jesus (as with a yoke)").

But why is くびき the object in this phrase? I would expect くびき to be the instrument or means of yoking (the yoke itself) rather than an object.

Are you confused because you think 「食事を共にする」 is the same as 「共に食事する」?

This is more obvious in phrases like 「運命を共にする」「生死を共にする」, where 運命 and 生死 are clearly not verbs. (You don't say 運命する or 生死する) 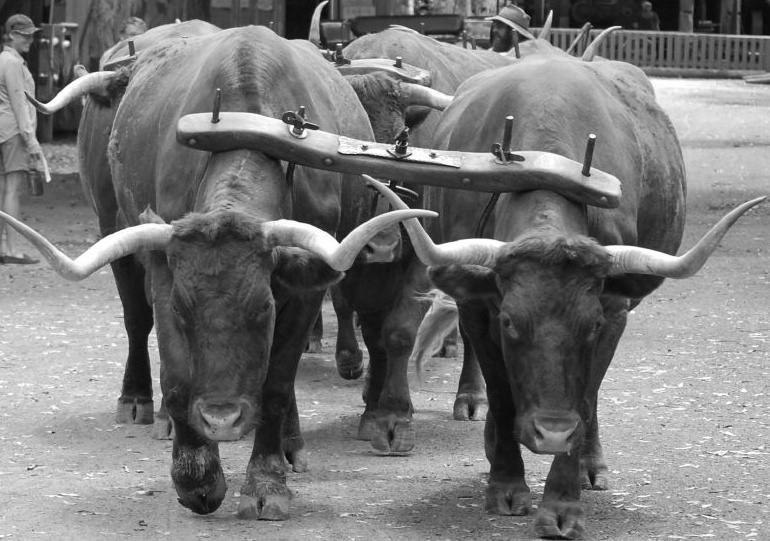 Not the answer you're looking for? Browse other questions tagged syntax or ask your own question.

6
Syntax of 私たちのこれが〜
5
Is the “？” character an official character in Japanese syntax?
3
で言うsyntax in context
5
~たらいい、~といい, hope, temporal syntax and over-literal readings
5
Overall syntax of this sentence
3
The grammar/syntax of 前進あるのみ
2
Syntax of 住み心地のいい小さな家