What the grammar/syntax of 御来駕被成下度奉懇願候?

Dictionary translation is "I beg you will favour me with your company―I request the pleasure of your company."

I can only surmise about ご来駕 noun 懇願候 verb (ask), sourou being a polite form of suru.

The particles seem to be omitted.

What to make of the 被成下度奉 part?

The first phrase is nominal. It is composed of 接頭語(prefix)「御」 and 名詞(noun)「来駕」.

The numbers in the right side represent the reading order of 漢字.

The second phrase is composed of a verb(動詞)「[成]{な}す」, a subsidiary verb(補助動詞)「[下]{くだ}さる」 and an auxiliary verb(助動詞)「たい」. 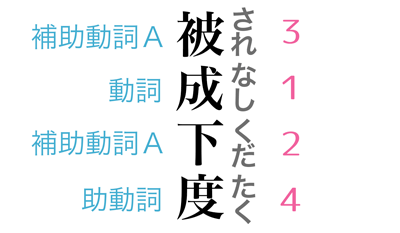 The reading order of the second phrase is not simple top-to-down. This kind of reading order is called 「[返]{かえ}り[読]{よ}み」 which is commonly used in [漢文]{かんぶん} and [候文]{そうろうぶん}, but almost never used in present-day proses. 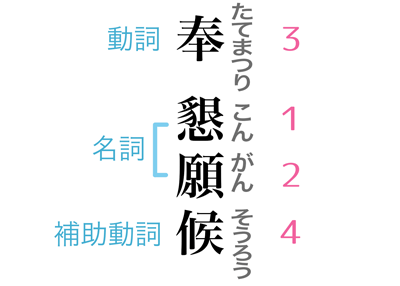 In [候文]{そうろうぶん}, many parts are written by using Japanese grammar, however, a lot of 漢文 style grammar are also used.

書き下し文 is always helpful to understand the reading orders of 漢字 in 漢文 and 候文, especially for people who learned 返り読み in school. (Most teenagers living in Japan learn 漢文 and 返り読み in school. This 漢文 is translation one, so most Japanese people don't know how to pronounce them in Chinese.) I posted this answer in case you don't know the existence of 返り読み in Japanese language.

That's a phrase anyone younger than Sherlock Holmes never uses. It's an example of 候文{そうろうぶん}, which had been official writing style until Edo period but completely died out around WWII.

Both the wording and orthography are as old as hills (literally). Despite its look, not much particles are omitted because most of them are embedded in the form of kanji in this Classical Chinese-inspired notation.

Then, if you replace them with present-day vocabulary, it'll be: