I'm reading a Shin Chan strip and he and his friends are discussing who is going to take care of the stray dog they found. One by one he asks his friends, and they all say they can't. Then, he says (without looking at his last friend)

Then, his friend, who is next to him, says:

So, in the first sentences, I don't get the だまって (no idea what it is) or the 置いてきちゃお. I know 置く as an auxiliary verb to say you're doing something in preparation for something else, but I don't understand it in that context, with きちゃお after it's て form.

Would be very thankful if somebody could explain to me the use of each of those expressions in the sentence.

Here's a pic of the panel itself: 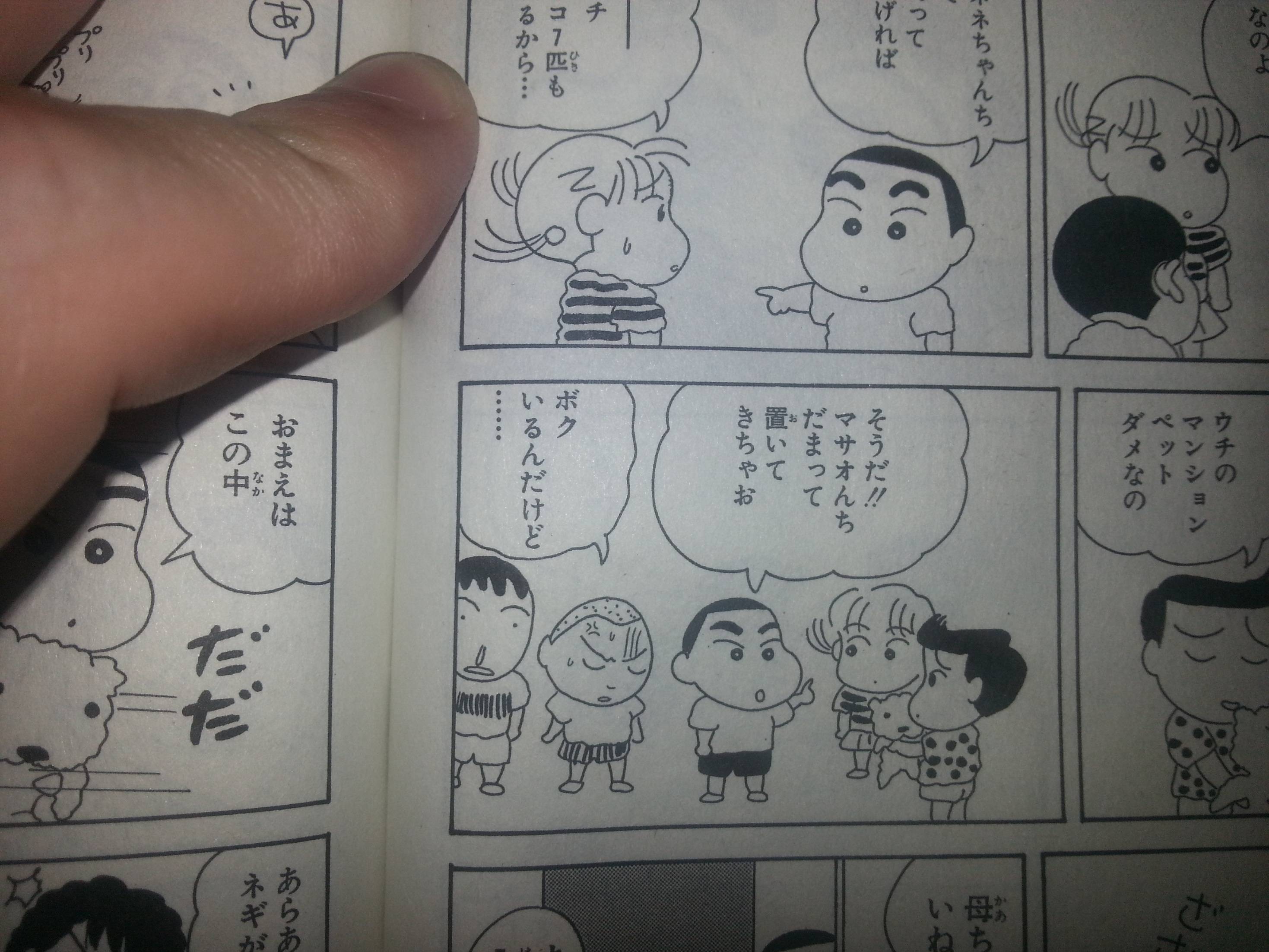 You sure you're quoting their lines correctly? I haven't read the strip or seen the TV episode but found a similar dialog, in which Masao happened to be that last friend Shin-chan didn't ask:

・（X に）黙って: without telling (X) / 黙る: to hush up, shut one's mouth
・まさおくんち = まさおくん+の+うち （cf. 先生んち、俺んとこ、あんたんとこ, etc.)
・置く in 置いてきちゃおうか here is NOT an auxiliary verb but part of the verbal combination 置いてくる "go and leave" (lit. "leave and come back").
・きちゃおうか = きてしまおうか The use of 完了形 てしまう conveys not so much the sense of completion as the daring aspect of his mischievous act (given moral objections, risks, etc.).

Vしゃお→Vしちゃおう The meaning is "Let's V "

Not the answer you're looking for? Browse other questions tagged meaning colloquial-language manga or ask your own question.

3
The meaning of さすがにこれは同情する
1
The subjects of 言わないと分からない in this monologue
0
Don't understand the situation in a shin chan comic strip
1
Can't understand なら usage in this context
2
How to translate a sentence that has no particles
2
Meaning of これでおしまいに？ in this context
2
営業 used in a conversation about love
1
Interpretting お世話になる職場の方
5
Sexual joke/pun with メスブタ and オスブタ
1
Does わかる carry more implication of assent or agreement than the English equivalents?