Why is the order of bottom-left radicals different for some kanji?

In the kanji 道, 週 and so on, the ⻌ radical is written last, then the main element. The same for 建 and 延, in which the top-right component is written first, then the 廴 radical. But in 起, 走 is written first. All three radicals are used as "にょう" radicals, as far as I can tell, but 走 is written in a different order to ⻌ and 廴. Is there any reason why?

While other L-shaped partials, like @blutorange said in his comment (走鬼麦風爪 etc.), are only stylistic alterations when you use these parts in the left side of a kanji, ⻌ is inherently L-shaped, because it originates from the combination of left-sided ⼻ and bottom ⽌. The fact is widely attested in pre-Qin inscriptions or bamboo (wooden) slip recordings (third from left in the image below).

It becomes known through recent successive discoveries of Warring States artifacts that Clerical Script (fifth from left) and Cursive Script (second from right), which modern writing derives directly from, are not descent of Seal Script (fourth from the left), but that of various popular styles preexisting Qin's reign. Thus ⻌ didn't come from left-sided 辵 and is an exception from the first place.

As for 廴, it turns out that this radical has multiple origins, most of them are deformation or misinterpretation of ⻌ and others. For example, you can see that the bottom-left part of 廷 ("palace") was originally L-shaped wall surrounding the court, but later metamorphosed into ⻌ or 廴-ish shapes. So this radical could be treated in the essentially same way to ⻌, and Kangxi Dictionary only contain 10 of kanjis that belong to 廴. 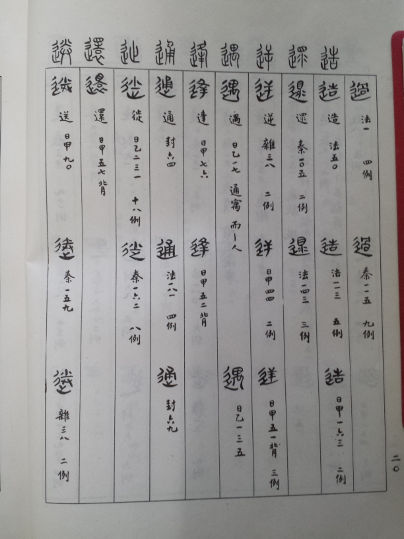 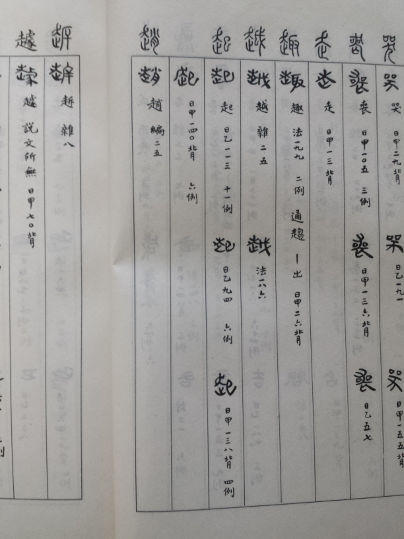 Not the answer you're looking for? Browse other questions tagged kanji radicals stroke-order or ask your own question.

16
What rules are there regarding the role a radical plays in a kanji (such as telling us about the kanji's reading or meaning)?
6
Why don't radicals have the same definition for all kanji?
9
What is the radical which is written by two dots on the top of a Kanji?
1
Kanji radicals: Question to the radical assignment in dictionaries
3
Using the Nelson index# as a means to order kanji? What do natives use?
1
Why are there different names for the same kanji radical?
16
Is there a difference in drawing between the "mouth" and "enclosure" kanji radicals?
14
Why is there two different ways of writing the 衣 component?
3
Different stroke order in two similar kanji 戚 and 歴