Translating 世界中 in this context, does it literally refer to the "entire world"?

In the video game Recettear, you can buy a book with the title 仲良し姉妹の冒険記. The item description says the following:

The book's translated title is "The Tale of the Two Sisters." The "translated" description reads as follows:

A nonfiction work about two sisters and their travels. Shouldn't this have been released sooner?...

I believe the book is a reference to the "prequel" Chantelise, which I assume is about the two sisters of the book.

In that game, the sisters have been cursed for 5 years and are looking for the witch that cast the curse, embarking on a journey and travelling around the world.

Here's a world map from the prequel Chantelise: 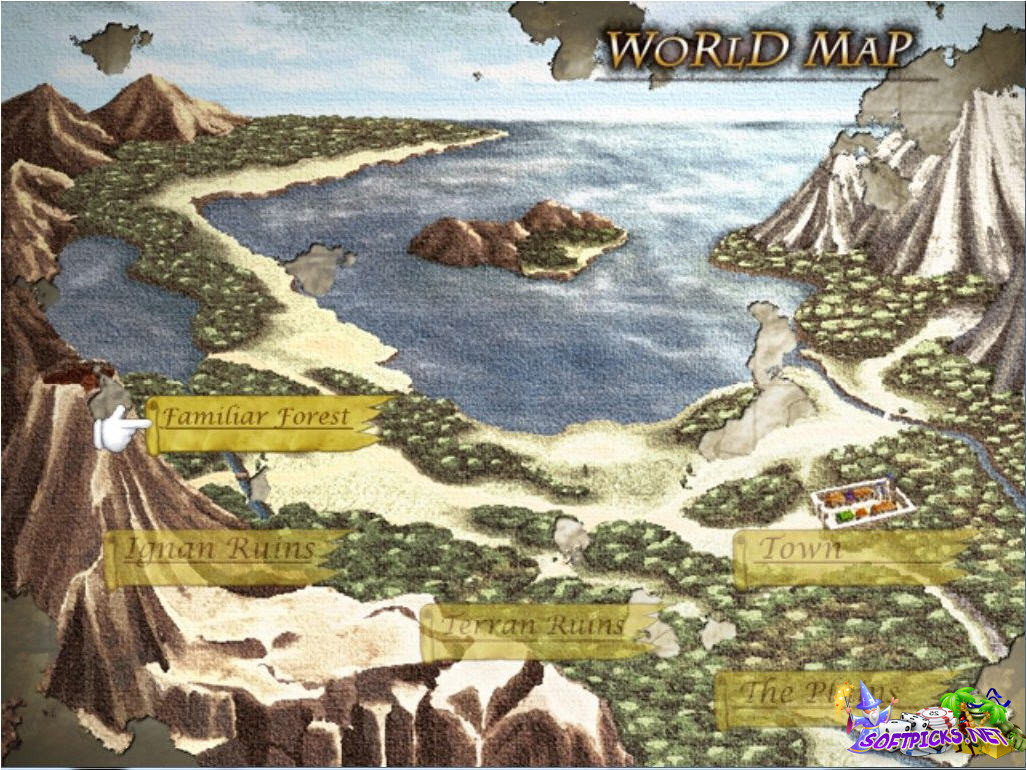 As you can see, this isn't literally the "entire world", but only one region of the world.

Is there any way to translate this description of a book while preserving the meaning of the original sentence that they haven't traveled everywhere?

The game's universe too is sort of on a medieval/Renaissance level. They have got typewriters, printed books, phonograph etc.

I'm trying to keep them from walking all around the world, twice over. Or is it possible, based upon the Japanese description of the book, that the two sisters might not have traveled the world before the events of the book?

Or do I have the translation wrong and the writer of the book has traveled the world and wrote down the story of these sisters?

Sense ② is interesting because it parallels the English word:

the animal / plant / insect world; the world of fashion; stars from the sporting and artistic worlds

The relevant sense here, however, is ①. As the example 第三世界 illustrates, 世界 does not necessarily refer to the entire earth. More examples from a historical context:

Under normal circumstances, 世界 by itself would refer to the whole world these days. In the context of the game Chantelise, and especially as the developers saw it fit to call it "world" map, it's entirely possible that's what they meant by 世界中. It's the entire in-game world.

The following is a short description of what the book is about:

Given the context, possibility (a) appears to be the case. There's no need for them to go on their journey twice.

Not the answer you're looking for? Browse other questions tagged translation words usage .