Can the Japanese present tense indicate a continuous acton?

I was watching Shirobako episode 16. and at 2:31 the witch says "落ちる！" as she falls out of a plane. The subs translated it as "We're falling!" but I'm confused on why that is so. I'm not sure if present tense of a verb can be used to indicate continuous action. In this situation, why isn't it "We're going to fall!" instead of "We're falling!" or 落ちる最中 instead of 落ちる?

Based on what I've seen in the video:

In this scene, she utters it on the plane. Japanese 落ちる usually implies the result of falling, so in this case she literally says: "We (our planes) are going to crash!" Maybe the translator wanted to make a more liberal translation.

By the way, the same line is repeated by another woman immediately after it. It sounds like a pun on an editorial jargon 落ちる, which means "an article, episode, publication etc. is dropped, withdrawn with accidental causes" (in most cases, because they were unable to make deadlines). 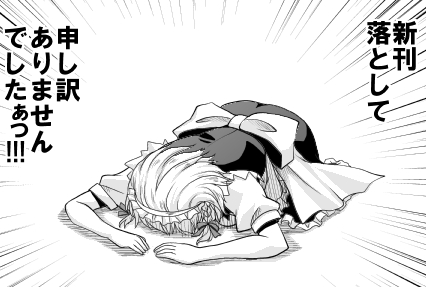 落ちる here is grammatically present tense, but semantically it can be seen as future.

Because there is no "real" future tense in Japanese.

Not the answer you're looking for? Browse other questions tagged tense .