What is the difference between endings なし and 抜【ぬ】き when you want to exclude a certain ingredient from food? Aside from 氷【こおり】なし when ordering soft drinks, I thought that for most other things 抜【ぬ】き should be used. But my friend has been saying 卵【たまご】なし to get rid of an egg, so I'm curious when which one of those is appropriate.

As a customer, using either one is completely fine. Among us native speakers, it is like each person has a habit of using one over the other.

Point is each eatery tends to use one word over the other among its staff members as well, meaning that even when you order by saying, for instance, 「[卵]{たまご}なしで = "with no eggs"」, your waiter/waitress might reply by saying 「卵[抜]{ぬ}きですね？」. This happens quite often but do not be discouraged because they are just using 「抜き」 almost as a house rule. It is not that they are trying to correct you because you used the wrong word.

Although similar, there is a small semantic difference between the two words.

As an example, at a conveyor belt sushi restaurant in Japan, if you order sushi without wasabi, you may get a little flag to indicate that the sushi comes without wasabi. 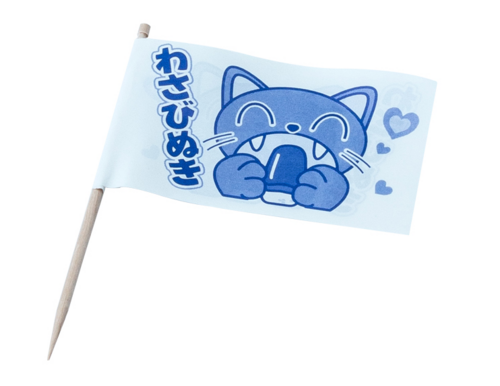 If it is typical or expected for a restaurant to serve sushi with wasabi then ぬき emphasises that something has been left out, removed or excluded.

The word is very similar to ない, which means something that does not exist.

Not the answer you're looking for? Browse other questions tagged usage nuances or ask your own question.