What kind of Japanese is this?

I am looking at a Japanese map of the early 19th century. It contains a printed comment that I am trying to find translation for. It does not seem to be modern Japanese so I am wondering what kind of (outdated?) Japanese this is. (See Image) 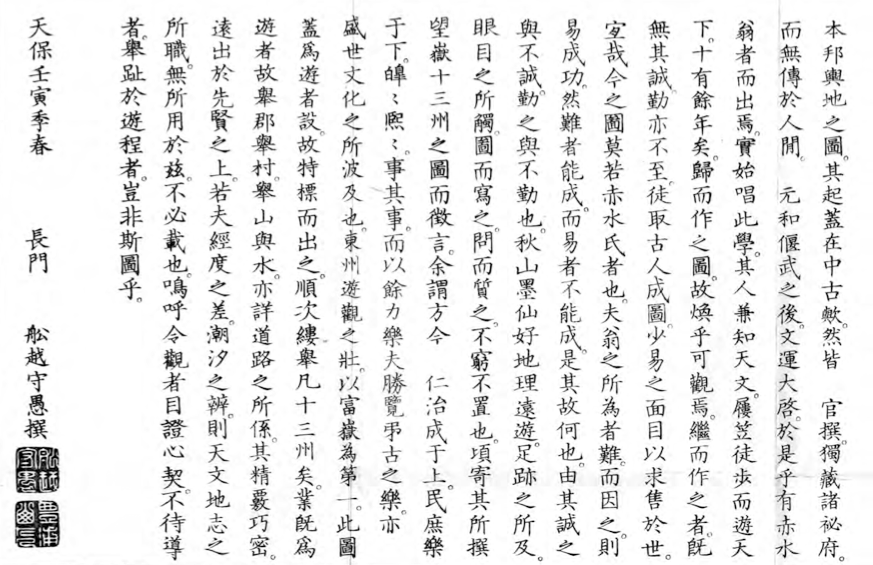 This is 漢文{かんぶん}, a mimicked Classical Chinese. Now few Japanese can write in this style. However, this style is still taught in high schools in Japan. In the mandatory classes, the students do not learn the Chinese pronunciation. Instead, they pronounce the 漢文{かんぶん} sentences as Japanese sentences. They shuffle the characters, put Japanese words besides the Chinese characters and fill in additional カタカナ in order to turn a Classical Chinese sentence into a Japanese sentence. The first two sentences in the image would be read 本邦{ほんぽう}ノ輿地{よち}ノ圖{ず}。其{そ}ノ起{おこ}リ蓋{けだ}シ中古{ちゅうこ}ニ在{あ}ル歟{か}。 Notice that the position of 在 moved in the second sentence. These shuffling techniques are called 訓読{くんどく}. The writing style 漢文{かんぶん} and the reading technique 訓読{くんどく} have been present for at least 1,300 years.

Not the answer you're looking for? Browse other questions tagged writing-identification .