Why are points used where furigana would be normally?

Sometimes in mangas there are points where you would expect normally furigana. What meaning is it supposed to have? 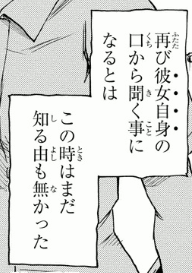 The dots, called 傍点【ぼうてん】 (or 圏点【けんてん】), function like italics or underline with the Latin alphabet. They are for emphasis.

To see the effect in rōmaji:

Update. To answer the question in the comments, 傍点 and ふりがな may be combined (although ふりがな may also be omitted, as in the snippet in the question body). ONE PIECE isn't exactly a case study of minimalist typography (I'm counting at least 7 text fonts), but for completeness here is an example of 傍点 on top of (or rather, to the side of) ふりがな: 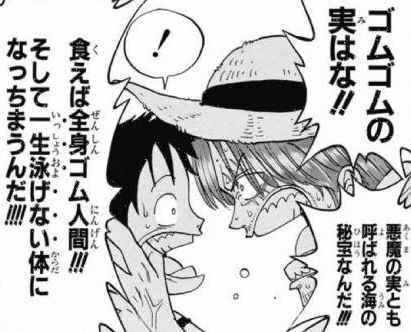 Update 2. Note that 傍点 may take different shapes. In Japanese both ● and ﹅ are common. For more information see

Usually a text would use one type of 傍点, but just for its curiosity value here is a snippet of a book by Miyatake Gaikotsu titled 奇態流行史 and published in 1922 with a rather eclectic use of emphasis points: 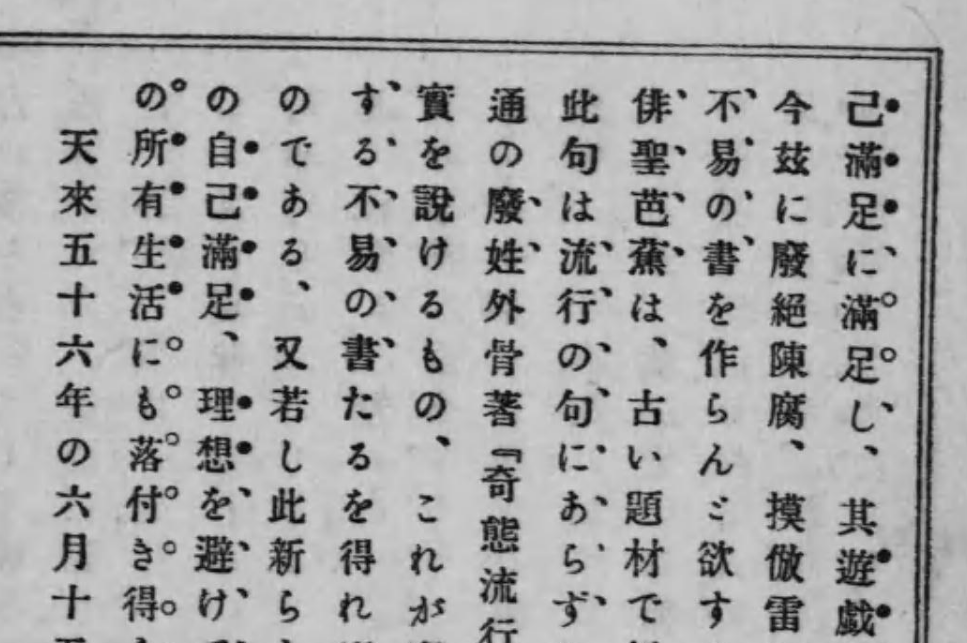 Not the answer you're looking for? Browse other questions tagged orthography punctuation furigana symbols or ask your own question.

3
Why does some manga have dots above some of the words?
2
What are these marks that sometimes appear above kanji/kana?
1
In vertical writing, what do these signs (that look like backticks) mean?
1
What do comma-like marks along a word mean?
0
What do dots next to Hiragana mean in literature?
29
Do Japanese writers use underline for emphasis?
15
Do Japanese people use quotation marks for emphasis?
10
When writing vertically, where do small kana go?
6
Encountered な with ten-ten
4
Questions about punctuation in a light novel
See more linked questions

11
Why use the kanji compound 惑星 for ほし?
11
Why is this 理由 【りゆう】 given the furigana わけ?
25
Is there a reason why numbers in Japanese are delimited into blocks of four?
1
Are there any patterns for okurigana?
7
What's it called when furigana push characters apart because they're so long?
10
How to choose the reading of 埋{う}める and 埋{うず}める?
3
Why are う and い used to prolong ~O and ~E, instead of お and え?
3
How do I ask about books that include furigana for the kanji?
3
Spaces and end of sentences in まんが