Is it possible, without any context, to tell whether 一二三 means "one, two, three" or "one hundred twenty-three"?

In English, this kind of ambiguity would be removed by adding spaces between each digit: "1 2 3".

Is this even an issue in Japanese?

Numbers written with Arabic numerals are usually positional. The place value of each digit depends on its position in the sequence:

Numbers written with kanji are typically non-positional. Although they usually appear in the same order, rather than use position alone to indicate their place value, they're generally combined with characters like 百 or 万, while zeroes are left unwritten. (Some numerals, like 十, 百, and 千 can appear as numbers without being preceded by 一.) So, as Tokyo Nagoya says, one hundred and twenty three would be written:

This is interpreted as: 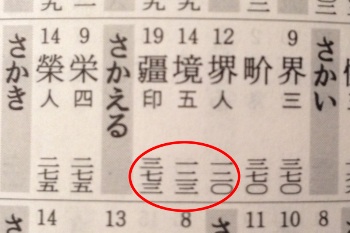 In other contexts, the kanji 一二三 might be used to write the name 一二三{ひふみ}.

The truth is, you'll have to use your common sense to figure out what 一二三 means in a particular context. Is it a name, a listing like "one, two, three", or a number like "one hundred and twenty three"? Without context, it's impossible to say for sure—even if we can make a reasonable guess.

Let's talk about English for a moment. If I asked you what the word bear meant, you might think I was referring to a type of animal. But without context, you'd have no idea whether I was asking about the noun or the verb—and there's no way to pick one meaning or the other, even if a particular meaning is more likely or comes to mind first. In short, context is required.

When you only see 一二三, the context always matters. (As you may know, Japanese language generally rely very much on the context to decide the meaning.)

You use 百二十三 kind of way only when you want to specify that numbers are like "one hundred twenty-three". This kind of expressions however tends to be redundant (二億三千五百九十五万三千百四十五=235,953,445). So you usually write 一二三 or 二三五、九五三、四四五 especially these days.

Without context, I would say it's one hundred twenty three. "One, two, three" would probably look like 一・二・三, or some other common delimiter.

Not the answer you're looking for? Browse other questions tagged translation readings numbers or ask your own question.

8
Reading of years
2
Listing using ひとつ?
8
How to express “with (x) as well” and “even with (x)”
5
さまよう vs ぶらつく vs うろつく for the sense of “to wander”?
5
Weird term 真綿感. What does it mean?
8
Expressing difference between “fluent” and “native speaker” in Japanese
3
Nuance of マスター vs. ご主人 when referring to a cafe owner
7
人 - on'yomi ニン or ジン rule of thumb
5
Is it possible to algorithmically convert Japanese text to Romaji?
1
Does 特別に戦 mean 'special battle' or 'specially battle'?