Today I bought a hundred year old book in a secondhand bookshop in Naha, Okinawa. It's a handbook of the Ryukyuan language in Japanese, though it has both Japanese and English titles there is no English inside.

This is how it describes itself in English

Since this book is from the prewar era it must use 旧字体, older kanji forms before the simplified characters were introduced and many other characters were more or less deprecated in the language reforms / standardization.

But another strange thing is that the book does not use the usual English terms "Ryukyu" and "Ryukyuan" but very Chinese-looking terms "Luchu" and "Luchuan".

This makes me wonder if this particular phrase might actually be Chinese rather than Japanese?

釋: The English wiktionary may be incorrect or incomplete. I suggest you cross-reference with a kanji dictionary. Here is a screenshot from my electronic dictionary (新漢語林): 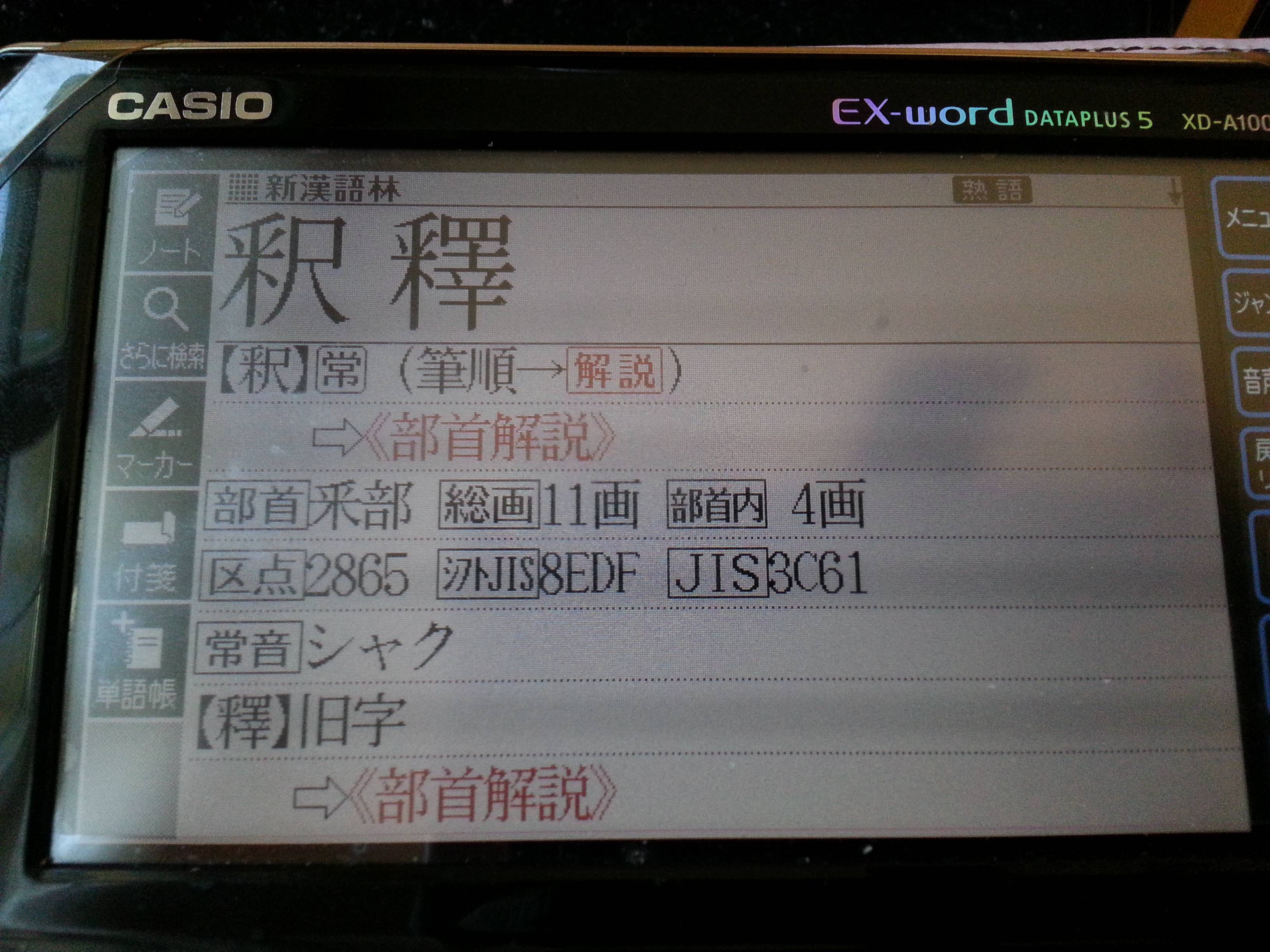 Luchuan: Here is an instance of this word in an English book. An historical grammar of Japanese, p.143, Luchuan

It is perhaps significant that the Luchuan conjugation does not include a perfect form.

13
Japanese/Chinese numbers usage timeline
21
Japanese kanji with different meanings in Chinese
17
Can a Japanese person understand something written in traditional Chinese
9
understanding hōgejaku -- an archaic imperative?
10
Can kanji-heavy Japanese be easily translated into Chinese?
5
Use of 旧字体 in Japanese names
2
Japanese kanjis and Chinese characters: a request for comparative stroke order
3
Why don't the characters used for Japanese Kanji have the same meaning as those used in Chinese? (Chinese-Japanese false friends)
7
Is kanban (看板) really the same in Japanese and Chinese?