Can someone help me determine what this SFX/onomatopoeia is?

Here's an image of it: 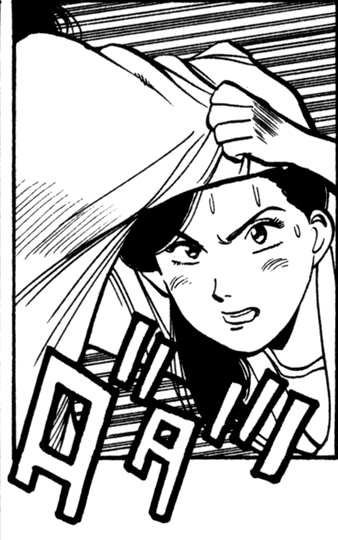 It kind of looks like ダダ (da da) to me, but then I'm not sure what to make of the last mark. Could someone offer his insight, please?

It's either ダダー or ダタッ. Given that if it were a ー on the end then it would probably be horizontally aligned with the other characters, I'm going to assume it's a ツ, and because ダタツ doesn't seem to make much sense as onomatopoeia, it should be a ッ (small-tsu). Given that it looks like a kind of shorter 'impact' sound and not something extended or ringing, I think we can rule out ダダー on both counts.

Not the answer you're looking for? Browse other questions tagged translation katakana onomatopoeia manga or ask your own question.