What geographical scope does アジア have?

In English, the geographical scope of "Asia" and "Asian" depends on which dialect of English you speak. For example, in British English the terms often refer to the Indian subcontinent, whereas in Australian English "Asia" and especially "Asian" would often refer to China, Japan, and south-east Asia.

What geographical scope does アジア or アジア人 encompass?

I had a look at the Wikipedia article on アジア, but it seemed to talk about the worldwide view of what Asia is, and didn't talk specifically about the Japanese-language definition.

Before answering your question, the Japanese Wikipedia article on アジア you linked to DOES talk about how the Japanese language defines アジア; it can't be more authentic a definition of アジア in Japanese when a popular encyclopedia written in the Japanese language and intended to be read by Japanese people talks about アジア. I think what you want to know is what アジア and アジア人 typically refer to in a colloquial Japanese vernacular. Or maybe it's more like how different the precise definition you linked to is from the actual meaning and usage of the word in everyday language spoken by the hypothetical average person in non-educational, non-political, and non-scientific context.

The answer is, of course, "depends." But generally speaking, it's closer to what would pop up on your average American's mind when they hear the words Asia and Asians in normal everyday conversation. So, when you talk about アジア, Russia is often excluded, although it hugely depends on context because, for example, Russia and Japan are next to each other so there are many natural contexts where part of Russia just feels like Asia, which it is. Every educated person knows Middle East is technically アジア, but if you talk about アジア人 for example, it typically means East and South East Asians. India and the surrounding region are a bit ambiguous. You shouldn't be surprised if the speaker includes or excludes the region without specifically mentioning it.

Here is my perception of what アジア means instinctively for the average Japanese speaker: 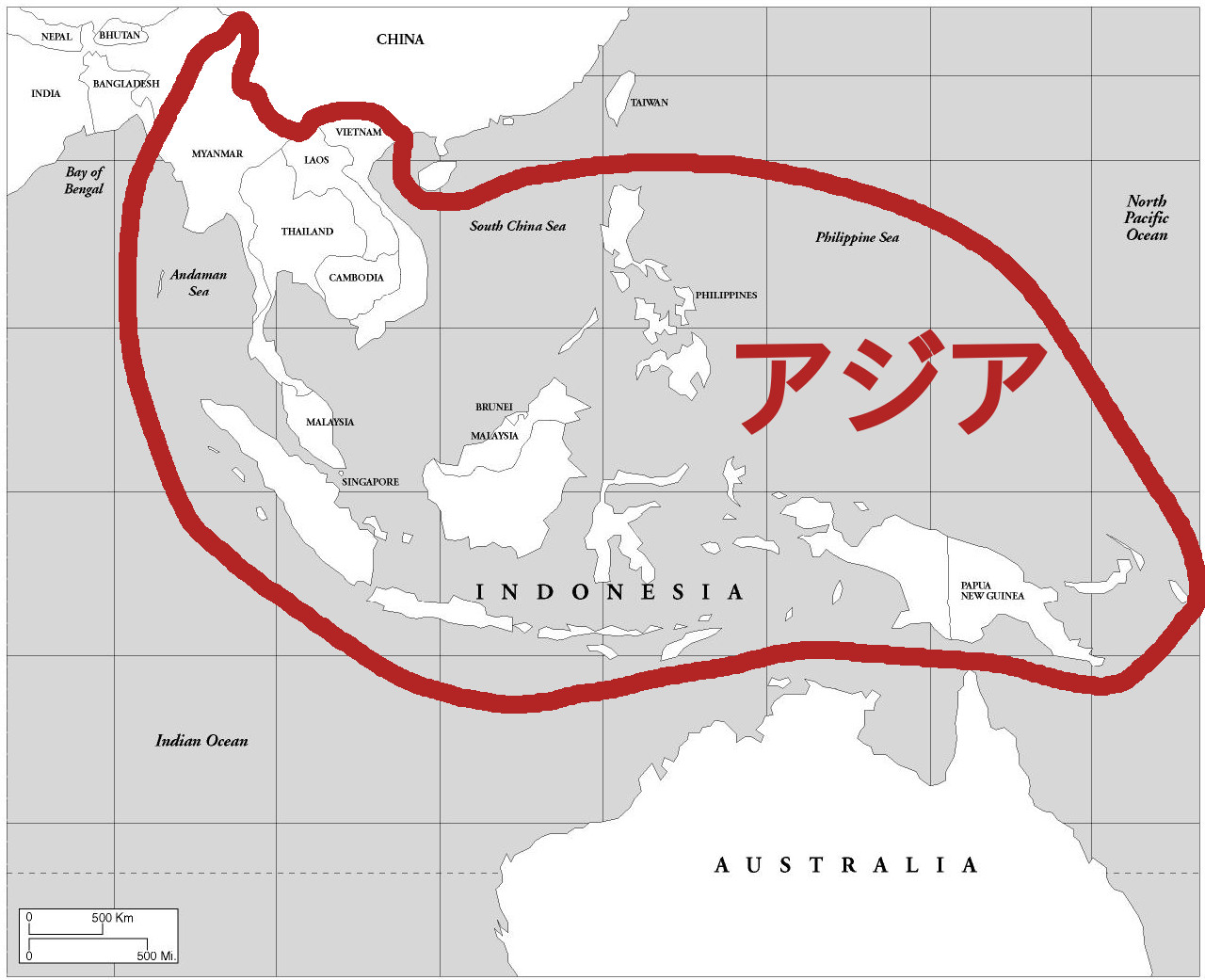 Of course, if asked further, (nearly) all know Japanese speakers would know that アジア in fact means more countries, including even Japan itself. This map is about the "first thing that comes to mind".

It is sometimes extended to include Bangladesh/India. Not sure about Bhutan/Nepal. Philippines and Papua New Guinea might not really belong. I can modify the map based on your feedback, waiting for your comments.

Thailand seems to be the most アジアn country in アジア. By the way, I suspect that アジア is where エスニック food comes from.

7
Scope of negation with 〜したくない
10
What nuance does ガールフレンド have?
2
The scope of そういうこと
1
Would 日末 be a reasonable opposite to 日本?
2
Does Japanese have a past future tense?
2
What does “the library is cool” have to do with summer?
2
中 vs で for scope
5
What effect does adding 「取り~」 before a verb have?