Here is an image from the game [サムライ・スピリッツ]{Samurai Shodown} showing the pre-fight announcement ("Fight!"). 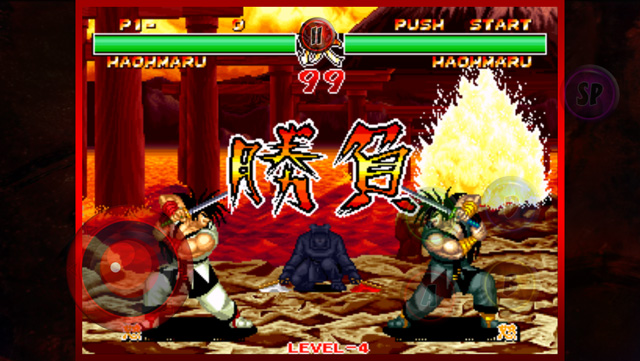 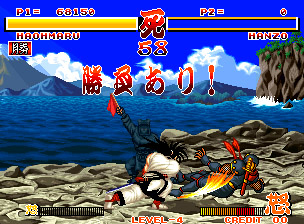