I'm curious what the relationship is between む and ん. I have the feeling that sometimes, む is pronounced more like ん:

I've spent more time reading than listening, and I'm not sure where I picked this idea up. I did see on Wikipedia that ん was formerly written む. Unfortunately, the article doesn't say anything about the two being related in modern Japanese.

I'm also aware of うむ, which is apparently an older version of うん. Perhaps this is an example of something similar?

Here is an example context for むむむ, in which I suspect it is not actually pronounced /mumumu/: 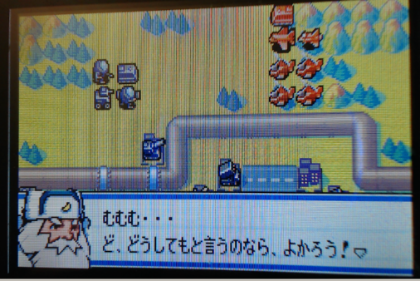 むむむ is actually just a grunt. It is not read mumumu, literally.

but phonetically, it does sound more of an "n" sound than an "m" sound, but grunting in the "m" sound exagerates the line theatrically and has the effect of making it sound comical, less serious, or over the top.

2
What does "mu" mean as an interjection?
2
Does all kana in the う line rhyme?