What is the meaning of から here?

Tell me please, what から means in his sentence? If I'm guessing corrctly it would translate something like "She fall on her face really hard", but still... would ”顔面に全力で” be incorrect here? 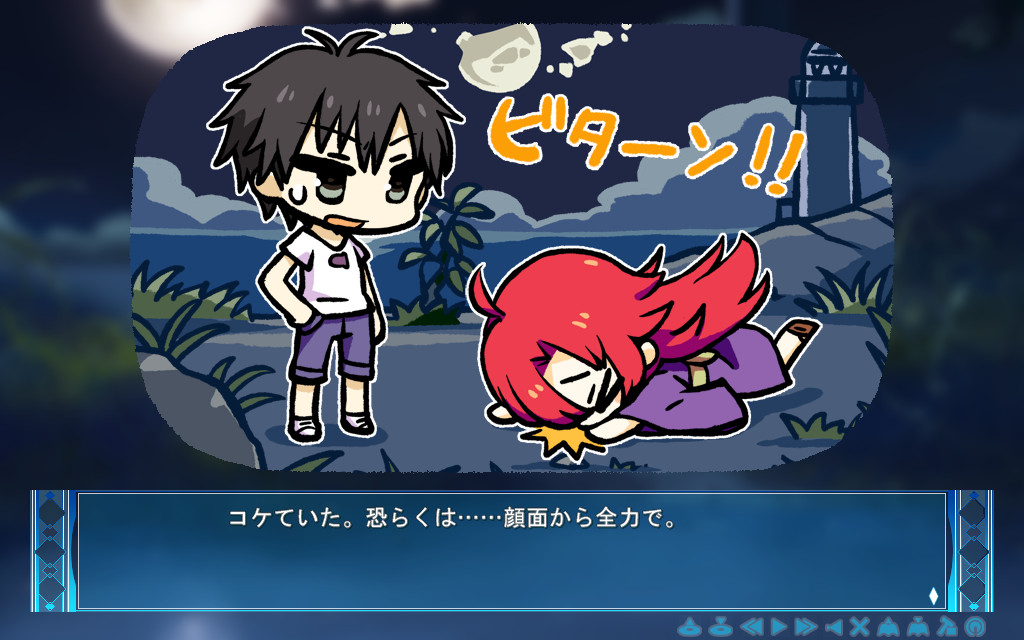 Thanks you very much for your help.

I think から here is "a particle which indicates a starting point or a source" (A Dictionary of Basic Japanese Grammar, p.176). 顔面から is describing a verb of motion (コケる, to fall). 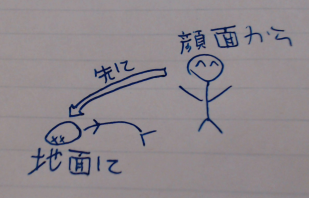 (My apologies for the bad drawing and handwriting! It's supposed to say [顔面]{がんめん}から・[先]{さき}に・[地面]{じめん}に like in @Chocolate's comment.)

So the motion described by コケる is from the face, toward the ground. 先{さき}に and 地面{じめん}に aren't part of your original sentence, but I think you can use them to describe the motion.

I don't think you can use に here. I think you're trying to understand by substituting English words for Japanese ones. If you do that, your sentence sounds like "I fell from my face", and you're wondering if you can substitute に because you think the English phrase "I fell on my face" sounds more natural. Unfortunately, this doesn't work, because although コケる expresses falling, it doesn't do it in quite the same way as the English word "fall".

2
Can うちは mean the same thing as うちに?
1
What is particle と means here
0
What does に do here?
2
でも、週明けすぐっていうのもね clarification
1
What does 夢を作る mean here?
0
Aでもお世話になる meaning question
0
Understanding the sentence あなたの学校に何がありますか
5
Meaning of the pattern ～ては
1
I want a tattoo meaning Fate/Destiny please help me out